Optimal Stormwater were engaged by Pittwater Shire Council to audit each one of its GPT’s to report its condition, whether it needed cleaning, and list any operational issues and repairs needed to ensure the GPT’s were doing the job they were installed to do.

“The outcomes of this audit were presented in a joint paper by Melanie Schwecke from Pittwater Council and Murray Powell of Optimal Stormwater at the 2013 SIA Stormwater Conference which won the 2013 Stormwater Award of Excellence in Asset Management”.

A total of 52 GPT’s were inspected which was several more than Council records showed. These included Rocla CDS units and Cleansall’s mainly with a few Baramy trash racks. The audit took two months.
The audit found that generally the GPT’s were doing a good job protecting the environment. There were several units which were overdue for cleaning but otherwise operating well.
In a number of cases issues were identified that impacted the effective performance of the GPT. 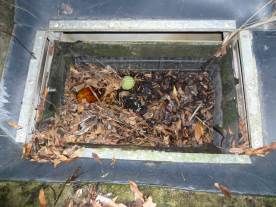 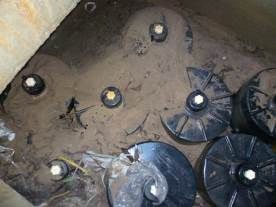 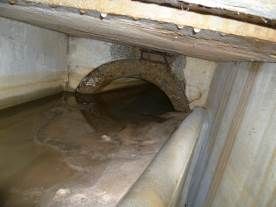 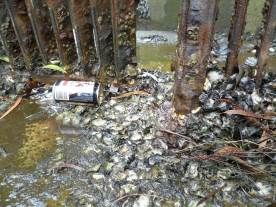 This CDS unit was overgrown in the downstream creek causing a 700mm backwater which totally submerged the inlet and outlet of the GPT rendering its operation ineffective.

A number of GPT’s suffered from this condition. GPT’s require energy to drive water through them which is the difference between the upstream and downstream water level. When the downstream level is high, it reduces the energy available to operate the GPT effectively. It is important to keep vegetation in downstream channel cleared. 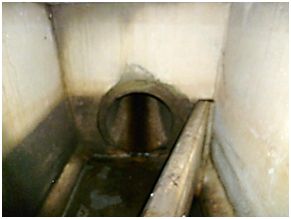 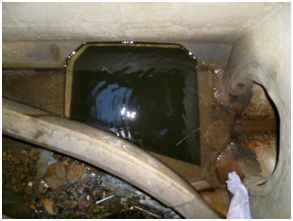 The Rocla Cleansall above had not had the sediment sump cleaned so flow through the GPT was blocked rendering the unit ineffective. Not only did it stop working but the entire inlet silted up as a result of the pooling water. Unless the maintenance procedures are followed properly, the GPT’s may not work to their capacity. This was a common problem with this particular device. Its possible the cleaning contractor was unaware of the importance of cleaning the sediment zone and only emptied the trash basket.

Good supervision of cleaning contractors and familiarity with the devices is essential. 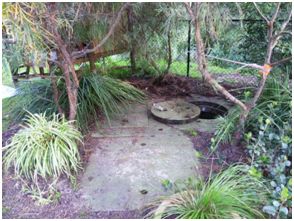 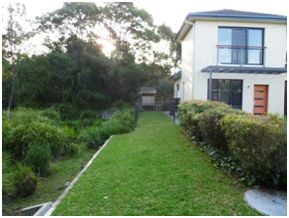 The Rocla Cleansall above is located at the rear of a house with inadequate provision for maintenance access. The difficulty of access clearly led to less than adequate maintenance so the GPT was blocked in need of cleaning. Consideration was recommended to decommission this GPT and review alternative locations. 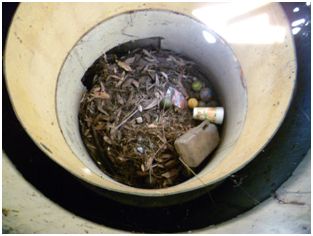 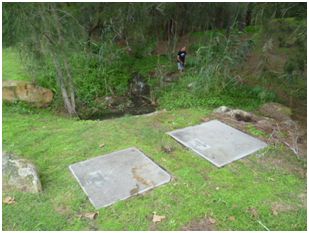 CDS units with these Fibreglass lids were great from an OHS perspective but their latches were not very robust and they are all broken now. This affects safety and security for the GPT’s. Anyone with a screwdriver can easily open them. Optimal recommends they are replaced with 900×900 solid top Class B Cast iron covers.
Following the Audit, Optimal were engaged by Council to carry out minor repairs including lids repairs and replacements, decommissioning of the GPT in the rear yard of a house, and a few other minor items. This, together with thorough cleaning of several of the GPT’s and clearing of downstream channels have brought them back to full operation.
Optimal Stormwater produced A4 data sheets of all the devices for Council records with information on cleaning volumes and details of how to find and access each unit.
This work greatly assisted Council in their maintenance planning and budgeting for future years. 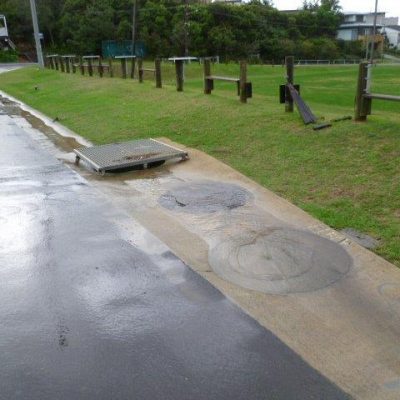 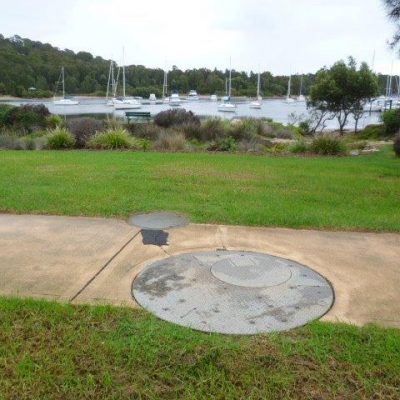 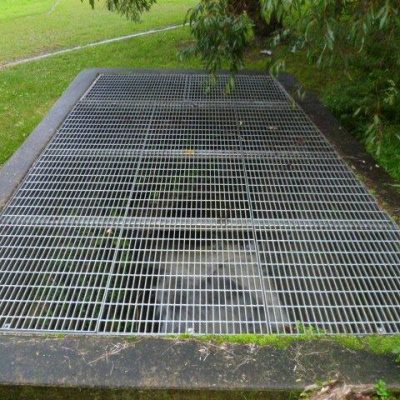