Optimal Stormwater was selected to look at the feasibility of decommissioning an old style GPT for Camden Council located at Mt Annan.

The very old GPT had a myriad of problems, that included its being online, having backwater issues, a flat base for cleaning, inability to dewater it, massive resuspension problems, it was open, ugly and it would regularly smell.

After decades of complaints, Council decided to engage Optimal Stormwater to look at what alternatives they had to either improve the device, or decommission and replace it.

After a fair bit of site investigation work, it became clear that replacement was in order, and the location also had to change.

A new large CDS unit was proposed on the upstream line, with a double depth sump for extra pollution storage, a custom diversion chamber designed to surcharge in large events, and then take flow back in when the flows receded. The new GPT also needed a new formalised driveway to allow for ease of long term maintenance. 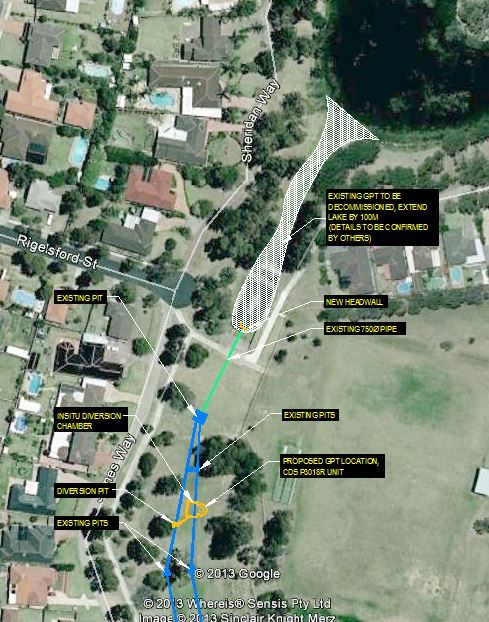